Brandeis University: a Jewish Community, co-educational institution located in Waltham, Massachusetts,  nine miles west of where the Morganthau’s ran public TV. The same Morganthau family whose daughter, in her position at the peace corps, was passing through money to John Kerry’s daughter.

The motto at Brandeis? “EMET” in english that is “Truth Even Unto Its Innermost Parts” and for people like Sidney Blumenthal, graduate of Brandeis, the truth is not whole, it’s always parsed.

We can hope Geir Haarde is a harbinger for Sidney Blumenthal.

Mr. Haarde is a former Prime Minister of Iceland who threw that nation into such economic turmoil, shaken to its foundation as a nation – that he is more than likely very lucky to be alive, at this moment. That is the picture we have painted for us today. 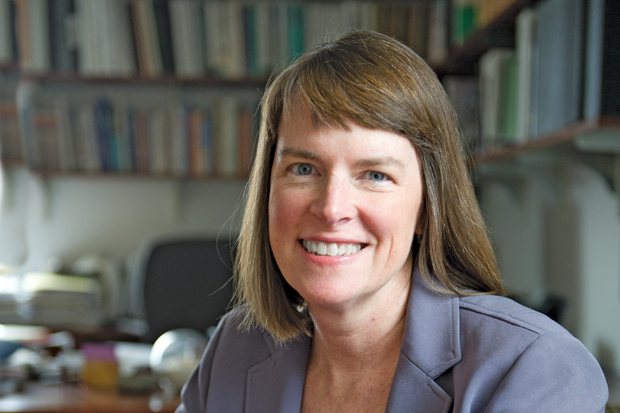 Lynch served as dean of the Heller School for Social Policy and Management from July 2008 to October 2014, when she was appointed provost. Lynch has served as chief economist at the U.S. Department of Labor (1995-1997); director (2004-2009), chair (2007-2009) of the board of directors of the Federal Reserve Bank of Boston; chair of the Conference of Chairmen of the Federal Reserve System (2009); and president of the Labor and Employment Relations Association (2013-2014).

In addition, she has served on the Governor’s Council of Economic Advisors for the Commonwealth of Massachusetts (2008-2015) and the National Academies Committee on National Statistics (2009-2015). She is a research associate at the National Bureau of Economic Research and a research fellow at IZA (Institute for Labor Economics, Germany).

She has published extensively on the impact of technological change and organizational innovation (especially training) on productivity and wages, the determinants of youth unemployment, and the school-to-work transition, among other issues.

She has been a faculty member at Tufts University, MIT, the Ohio State University, and the University of Bristol. Lynch earned her BA in economics and political science at Wellesley College, and her MS and PhD in economics at the London School of Economics.

Now we see the outside influence on Iceland (how many Rhodes Scholars does it take to tear down a nation)?  The banks thought Iceland would be easy pickings. With a few bad eggs you can poison a whole nation.

Thankfully we found in Iceland individuals willing to stand up and take back what was rightfully theirs. We have been assaulted by the institution which Andrew Jackson claimed to have killed. The Bank.

El Sid is revenge for the Spanish Inquisition. Did any of your ancestors have something to do with that? Take three steps forward! Also, if you wrote a piece in The New Yorker on September 28, 1992, REWRITING HISTORY, hold your hand up Sid!

Blumenthal was knee-deep in the Monica Lewinsky scandal and the impeachment scandal but during the Lewinsky scandal we see Blumenthal’s British connections. Christopher Hitchens, in an affidavit, swore Blumenthal (a known friend to Sidney) had described Monica as a stalker which was in contradiction to Blumenthal’s sworn deposition in the trial, creating hostility between the two. Hitchens would later go on to write about Sidney’s manipulating of facts.

To show how convoluted El Sid is, one of his sons is an author/journalist as well, but Max, has another handle: pro-Palestinian activist.

ISIS in Libya would not seem in Israel’s best interest in the thoughts of most Americans. If you were in the business of making loans which ultimately profited from war, misery and conflict (because your companies made the biggest, baddest war toys) then it would seem that Sidney Blumenthal is your agent.  These are some truly conflicted people and a mirror to what happened to us in Libya.

The Clinton’s and truly, the majority of the power structure in Washington D.C., have become pawns to the people through whom they launder their money.

2 thoughts on “El Sid – It Only Matters What Hillary Thinks”