WW II brought out the best Americans and the majority of our casualties were good, upstanding young men. It also brought out some of the worst in America and some very cynical individuals: blue blood, criminal carnies and gypsies came together in the intelligence community.

The intelligence community recruited from all walks of life but it seems as though the Ivy League, Skull and Bones type – “rowed” to the top. There was an underclass within the intelligence community and an class beneath that. Recruitment techniques that had been refined in prior years, were again refined with a more critical eye using psychological profiling – a relatively new science.

One of America’s most able assassins to come out of the OSS was Douglas Bazata, the son of a noted Presbyterian minister, Charles F. Bazata.  A star athlete, Douglas, was large at 6’1″ weighing over 200 lbs.

When he was 15, Douglas persuaded his father to allow him to join the Merchant Marines. On the vessel on which he served, there was a detachment of U.S. Marines. The Marines, being the tip of the spear for intelligence gathering (the British really looked down on us at the start of WW II for not having a true intelligence service) convinced this big kid to act as a spy and bring back any rumors, information and evidence they could use as a predictor for civil unrest in their ports of call throughout the Caribbean.

It was aboard ship that Mr. Bazata killed his first man. He got into an argument with a crew member (who was also a pimp). After the pimp had beaten one of the girls, he had the misfortune of entering into an argument with this big kid from New Jersey who beat him and threw him overboard.

Enlisting in the Marine Corps in 1933, Bazata became the unofficial heavyweight champion of the Corps as well as a member of the Marine Corps Rifle Team. He was marked with a rebel streak and did not hold authority in much stead.  A golden boy who wasn’t afraid to spend time in the brig for slapping a Captain around, Bazata was so well liked by the Marine Corps, they recruited him to be an assassin.

Clair Elroy George was an enlisted man in Army Intelligence who joined in the midst of the Korean War. Although George had been accepted at Columbia Law School he instead chose the Army. After learning Chinese his work was in Counter-Intelligence. He was very much impressed with the agency people he met. Chief of Station at that time was S. Herman Horton; former FBI and OSS. Counter-Intelligence was his game.

George’s career was the stuff that spy novels are made of.

During testimony, Mr. George’s answers to Congress may not have been truthful. Found guilty by a grand jury for false statements to Congressional Committees stemming from the Iran-Contra Affair, Clair Elroy George received a pardon from President George Herbert Walker Bush (along with others) and was never convicted. The Special Prosecutor moved to vacate the indictments.

Mr. George worked as a consultant for international interests and U.S. companies – one of which was a CIA recruitment tool in Europe: Ringling Brothers and Barnum & Bailey Circus.  From Skull and Bones to the circus – that’s how wide a net is cast for talent. Carnies and gypsies are useful; military people are another pool of talent. Along with the drugs and the money lurks an undercurrent of debauchery.

Mr. George was hired by the CEO of Feld Entertainment.  Kenneth Jeffrey Feld had become CEO in 1984 – a business started by his father, Irvin Feld who had promoted Beetles concerts in the U.S.

Edmond Michael Burke, a half-back on University of Pennsylvania Football Team (thanks to an athletic scholarship) graduated in 1939. Denied a pro-football career, Burke was working as a cargo inspector in the Port of New York. He was commissioned in the U.S. Navy and came to the attention of William Donovan who commanded the OSS. Burke, the consummate man on the ground,  was awarded the Navy Cross and Silver Star along with some French honors for his service during WW II.

On one particular OSS mission known as the MacGregor Mission, Burke was working with Henry Ringling North (Yale: Class of 1933) who was a nephew of the original Ringling Brothers and Barnum & Bailey Circus, (unbelievable as it might seem, the circus was unionized under The American Federation of Actors and in that day – that would entail labor racketeering). After the war, he tried his work as a technical advisor for Warner Brothers; Hollywood was not to be. Burke married North’s sister before leaving Hollywood.

During a lunch at the Algonquin Hotel in New York City, Burke was recruited by Central Intelligence Agency.

From the playwrights at the Algonquin Round Table to newspaper journalists, screenwriters, entertainers, the unionization of entertainment all the way down to the circus – had been aimed at destroying America’s moral fiber. The pseudo-science of psychiatry married print, film, radio and T.V.with a healthy dose of Ivy League poison in an intelligence community – overseen by the banks.

With Burke’s experience in Europe working with resistance groups for the OSS during WW II, his mission at CIA was to recruit refugees and train them as agents to be placed clandestinely in their nation of origin for seeking out and making contact with those committed to a resistance to communist rule.

Burke also worked for John Jay McCloy until the mid-1950’s. McCloy served as a 1st U.S. High Commissioner in reconstructing Germany.  McCloy was Chairman of the Chase Manhattan Bank (7 yrs), Chairman of The Ford Foundation (7 years) and Trustee of Rockefeller Foundation (3 & 5 years). For 16 years (1954 until 1970 [precisely the time that Admiral Chester Ward and Phyllis Schlafly raised the warning of the globalist CFR]) he was Chairman of the Council of Foreign Relations and a long-term associate of the founders of that organization – the Rockefeller Family.

Drug running in America is not new; more than a few wealthy families today in America can trace the beginnings of their riches from the opium trade with China. When the CIA wanted more money than our government budgeted (to run operations for propping up Chang Kai Shek) they turned to running drugs in Southeast Asia and flooded Vietnam with drugs before our troops were ever put on the ground. The elites knew exactly what they were doing as we can now see in America. There are some among us who cannot resist a kiss from Morpheus.

Many people were surprised to find Uday and Qusay in possession of a plethora of controlled substances (including methamphetamine, cocaine and morphine) as well as cash –  while making their last stand.  Even the Amish has its drug problems; perhaps seeing a benefit in “go fast” and if at all possible – work harder, or so they think. Drugs are pervasive and in large enough quantities could very well subvert a nation. The other addiction that goes hand in hand with this, is money. Everybody likes money.

The circus like everything else in America suffered through the Great Depression and after the last brother’s death, nephew John Ringling North, brought the circus out of insolvency. Ringling Brothers and Barnum & Bailey Circus had special dispensation directly from President Roosevelt to use the rail, unimpeded, when all travel had restrictions.

Upon leaving CIA, Burke became General Manager of Ringling Brothers Barnum Bailey Circus, (CBS Executive, President of NY Knicks, Yankees, Rangers and Madison Square Garden). Hired by his brother-in-law, and along with the circus, found himself up against the TEAMSTERS, led by Jimmy Hoffa.

What can be seen here is that the recruitment of agents also throws a net for other talents; good looks and charm. Ever burning desires for sports gambling, entertainment and general sex and drugs and rock and roll. If it can be said plainly – they gotta find a girl somewhere for the sex island. Can we dress up Joey Buttafucco in Tattoo character, and hear yelling from the tower (which obviously isn’t a Church tower) “Boss Da Plane!” 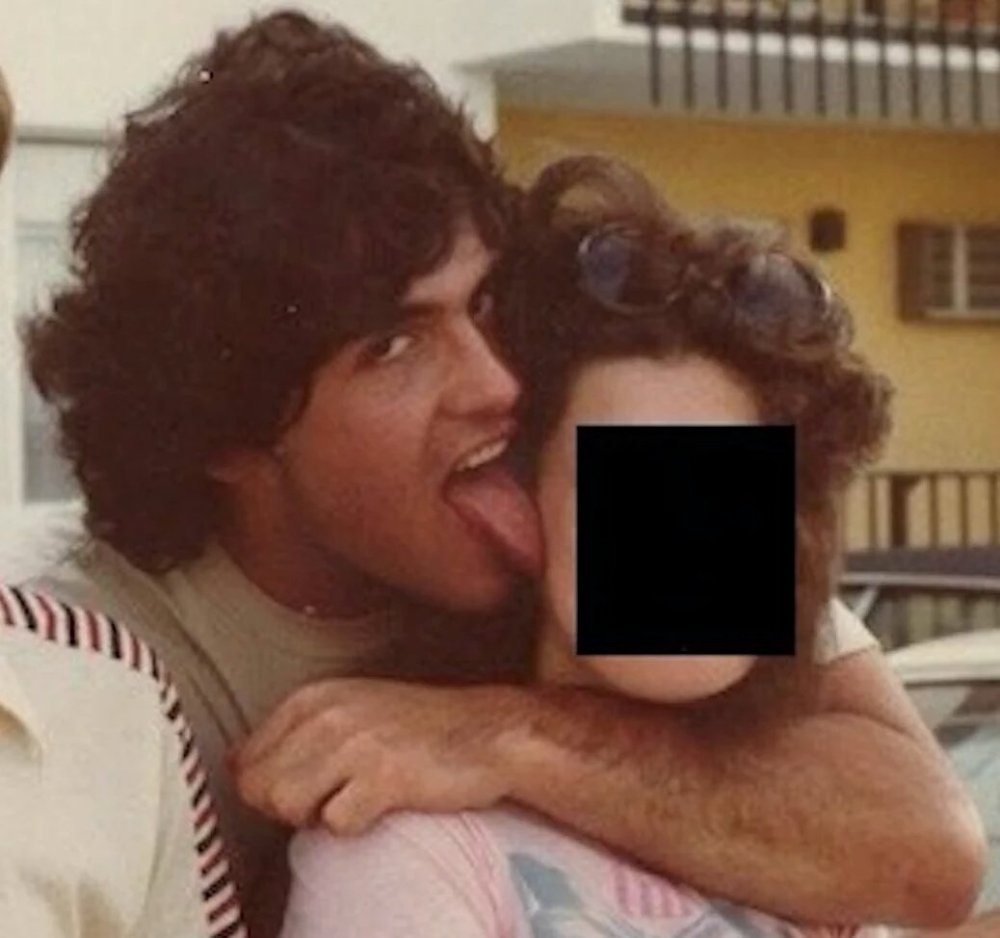 Mark Cuban – before he was a billionaire.

Wondering who some of today’s top recruiters might be? Could one be Mark Cuban? His now mothballed HDNet which had partnered with Girls Gone Wild Searching For The Hottest Girl In America the guy who thinks he can prop up the career criminal (Hillary Clinton) with a history such as his?  To tell you how close all of this is: the entertainment, the culture, the sex, the drugs, the rock and roll – some of the last vestiges of the circus are located next to Venice Airport in Venice, Florida.

This is the Mena of Florida; tied to drug running and gun running since the 1930’s. Jackson Stephens set up headquarters at Venice Airport. The Cubans in Miami made for good T.V. and the DEA was kept busy in the Straits of Florida. Boats from the Bahamas were another headache as well as Everglades City. But Venice had the “free ride.”

Some very powerful people move circles of other people who have no idea who they even work for. It’s like this: down where Eddie Murphy was propelling himself along in Trading Places as a disabled vet – not far from there was a real girlie venue. Customers would pay BIG dollars to have private sessions catered to their fancy. Another customer would pay even BIGGER dollars to watch the customer who paid the BIG dollars.

Today in America and as a result of the woman’s movement of the 1960’s – some of the more manly women in elite circles are wanting female assassins. Recruiting women for these types of jobs is not new but they are always looking for new blood. It always helps if the “honey pot” can take out the intended target.

The Clinton ties to the CIA and to Hollywood and the liberalism clogging the arteries of America – stemming from Hollywood’s political rantings, are a propaganda war against America.

The question is: exactly when are people going to realize what they are seeing in Hillary Clinton is actually Hillary – everything about Hillary is contrived. It is a wonder that people act surprised that Hillary Clinton is falling down or she has funny eye movements or she tires easy.

This is the real Hillary. A tired, old hag who would corrupt America’s daughters and assassinate the nation.

All of the players from Arkansas have worked for the Rockefeller family in one way or another. Just as Jay Rockefeller stood behind Barack Obama on his 2009 Inauguration Day. Jay represented all the work that the Rockefeller Foundation and the CFR’s (a Rockefeller creation) crafted.

Clamping down on the coal miners in his home state was one immediate goal of the Democrat leadership. This should serve as a sign that these energy people who come from energy money are not shutting off those jobs to help the environment. They are going to seize all natural energy resources here and around the world.

Venezuela is in death spiral and that country possesses more gold, diamonds and precious metals in the ground than most of the world’s known reserves.

Something big – globally is afoot.

One thought on “Let Me Entertain You! ~Mark Cuban”