Reliable democrat strongholds are like a rainbow patchwork… Hillary’s coat of many colors (throw her in the well) is falling apart.

Hispanics are falling into the Trump camp like a super harvest of vibrating pecan trees.

The real nuts are the people in the democrat party who are doing the bidding of the people who run the republican party; it’s the deep state. The modern deep state began construction in 1964 with The Great Society: school prayer was outlawed, abortion was a right, the death penalty was in question, the insane asylums were closed, prisons were built and Jerry Springer was on the TV. There’s a riot going on alright and America has been brought to her knees.

Think back 54 years ago… the students of the 1960’s were herded by the deep state elite. They are still herded by the deep state elite — now their bank accounts are fat. Their health may not be good, but they have the best doctors money can buy because they toe the line. The country club boys on the other side – the Denny Hastert good-ole-boy club, has power also. They get their power from the same place at the democrat wing of the McCain-Feingold party.

Richard Trumka (AFL-CIO “Being called a socialist is a step up for me,” he said.) – no longer considered a murderous operator of the United Mine Workers points to the reed-like qualities indicative of labor unions (labor unions can produce some really tough customers). Political winds are shifting.

Richard Trumka may not have been the guy pulling the trigger but he damn sure may have ordered it.

(Of course the mine worker shot in the back of the head crossing the picket lines in West Virginia, a state “owned” by the Rockefellers, was missed by his family). Eddie York’s wife sued Trumka et al. Janet Reno’s (an AG with hair on the ass) justice department was forced by the Judge in the civil case to have reluctant federal prosecutors release evidence from the criminal trial, which caused Trumka’s legal team to fold in 2 days. (Collusion of socialists is cool kiddies?)

Jay Rockefeller is married to Charles Percy’s daughter – she was one of a set of twins (do you believe in satanism?) The other Percy daughter was carved like a Christmas turkey in senator-elect Percy’s house in Kenilworth, Illinois.

Trumka appears to be stepping out — in July of 2018 he addressed democrat house candidates. Mr. AFL-CIO railed about the Kennedy supreme court vacancy and Brett Kavanaugh, Trump’s nominee. Reminding them that working people are united and that Kavanaugh must be defeated, he challenged the democrats: “will you be a fighter for working families?”  “Or will you be another corporate-beholden democrat?” (We didn’t know that these existed.) He framed this as a conscious decision for the candidates.

Well of course they’re going to be for their own interests — just as Richard Trumka is for his own interests and 56 national and international unions that the AFL-CIO represents (12 million active and retired workers). It appears that government workers who should not have union representation are represented by Mr. Trumka.

Later in July…at the 29th biennial Missouri AFL-CIO convention, Trumka stated that the inequalities that existed 80-years ago still persist. (How much did that cost in union dues?) Also in July… Trumka addressed federal employees stating it’s time to fight like hell…to end the injustice plaguing us…to end the indignity we face…to end the inequality crippling our country…to end the egregious idea that exploitation is a good government. (Does he support President Trump? Not really, but he could get along with the country club boy’s club in congress… as long as they grease the skids.)

Trumka has publicly stated that President Trump and his future 2020 campaign are going to be considered for support by this labor organization that is traditionally democrat leaning.

In other words, Mr. Trumka faces an election from a homogenous group — workers. Workers are very happy that Trump is president. This is the nature of union politics; Trumka must stand reelection himself and Trump is super popular across the United States — so popular that democrats somehow managed to raise $1 billion in a war chest fronted by the deep state.

Incumbent republicans are finding it difficult to address their reelection with an angry electorate which has been made aware of where this party has been for the last 30 years. Combine that with the political reality across the nation, 50% of the population doesn’t pay taxes. That is the divide that the socialist-democrat wing of the McCain/Feingold party has foisted on us. Determined to destroy our free society and great nation by using tax-payer dollars as handouts.

There is no telling where the nation would be had the republican party and its elected officials in Washington DC (who shine themselves as the country club but are really the Denny Hastert boys club) chose not to stand in the way of President Trump.

Winning could have been so much easier, even in the midst of a main stream media bowel movement. These scared, political, fat-cats must read the Washington Post every morning. Truly pitiful in a nation that asked its young to serve and die in ill-conceived and logistically hamstrung military operations which produce no clear-cut victory. This has been the case since WW II and the rise of the Council on Foreign Relations; a poor man’s Bilderberg Group.

The deep state is gunning for this president — literally. Rumors swirl around a recently deceased secret service agent who had a stroke at a young age while on the president’s protection detail in a foreign land.

Behind all of these machinations there is not one shred of patriotism — deep state politicians do it for their “cut” of the pie… their little “slice” of happiness. Maxine Waters is not about her constituents; she’s about taking care of the folks who take care of her.

Maxine should have a 24-hour caretaker at a federal lockup. It’s getting time to take care of business here — Rod Rosenstein needs to help Paul Manafort out. Rosenstein has already exonerated Manafort of these same charges eight year’s ago. Jeff Sessions needs to get his head out of the American Bar Association’s ass (if his ears will let him).

A.G. Sessions recused himself on a bogus investigation, with bogus information that may have had foreign intelligence operators in it, on it and above it. Rudy Giuliani needs to clam up (his day would be so much easier if he didn’t suffer from Chuck Schumer camera disorder). Roger Stone needs to dry up because we are tired of white-trash political operators who go hand-in-hand with the Denny Hastert’s boy’s club operating D.C..

While naming all these folks, do you wonder how they are related? They’re related because they won’t go away – they are perennials (and this is the problem). We have a throw-away society, but we are saddled with forever-political-slugs and unionized bureaucrats. The record of the department of justice is a litany of the same names, same prosecutors, same deep state.

President Trump is not a politician so the “spending-broke” of the nation cannot be laid at his feet. The determined deep state laid a fake spy story upon the Trump campaign (and who knows it could have been Rod Rosenstein who blew devil’s breath in Jeff Sessions’ face so he would recuse himself).

Then there are little “somethings” that spring out of the “Session’s” justice department.

Tid-Bits that give you hope like… a devil worshipping Pedo cult and a RICO.

This seems like a reminder of the two separate Bush administrations; Poppy and “W.”

Each of these Skull and Bones boys would be as conservative as can be, but, every once in a while they would do something that would leave you scratching your head saying why in the hell would he do that?

We don’t have that problem with this president, although the media tries to paint it (fake it) that way. They just can’t seem hang it around Trump’s neck like a Winnie Mandela necklace. God bless the Mandela’s right?

So when you look at the deep state and the media, and all this coming against this president who trusts in GOD (as OUR nation should) you must realize all evil comes from one place. There is a father of all lies and there is a bunch of liars. 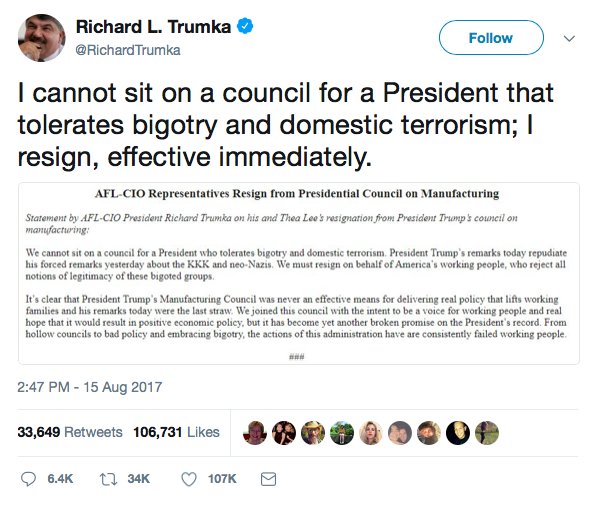 2 thoughts on “IS THERE DIGNITY IN THE DEATH OF THE NATION? ASK THE ORGANIZERS.”