“One of the dangers of our times is materialism that leaves the soul empty and creates an illusion whereby higher consumption is equated with a better life.  I hope my children and their children will not fall prey to this way of thinking” ~ Dan Porat, a one-time Israeli Freedom Fighter.

Dan Porat was born in the Ukraine in 1922 and by 1938 he watched Adolph Hitler ride triumphantly through Vienna where Dan’s family had settled. He was plucked from his family and placed in the British mandate which was called Palestine. The rest of Dan’s family was lost in what is known as the holocaust.

In the British mandate, Dan met his future wife, Frieda (who was born en route to what would become Israel). Freida is more or less a member of the founding families of the Modern State of Israel. She and Dan married in 1946.

After Israel’s War of Independence (in which Dan fought), they moved to England where  their daughter Ruth, was born. They moved to the United States so Dan could pursue his graduate studies in physics at Harvard University and MIT. Ruth was two when the family settled in Boston. Frieda was a psychologist and an organizational consultant and when the Porats moved to Portola Valley, California…Freida blossomed (Ruth Porat holds both British and U.S. citizenship).

Today, Frieda’s daughter Ruth, is now the Chief Financial Officer of both Alphabet Inc., and Google. Porat micro-manages Google’s business operations, human resources, real estate and workplace services — all reporting to a lady who attended Stanford University and the London School of Economics and for good measure, The Wharton School of Business at the University of Pennsylvania. The Wharton School is the oldest collegiate business school in the world, but the London School of Economics is a product of the Fabian Society and their benefactors — the Rothschilds.

Before Google, Ruth Porat had a successful career at Morgan Stanley — CFO, an Executive VP from January 2010 – 2015. She had actually began her career in 1987 at Morgan Stanley with a short sabbatical at Smith Barney in 1993. But until Google, most of her career involved high-powered positions at Morgan Stanley wearing many hats. Porat is played by actress Jennifer Van Dyck in the 2011 HBO movie “Too Big To Fail” — no wonder, she’s a big Hillary supporter! Fannie and Freddie were loaded with Clintonistas at the end of that White House ride.

Larry Page, a non practicing jew and Sergey Brin (a jew born in the Soviet Union) founded Google as a research project while they were PhD students at Stanford University. Initial funding came in the form of $100,000 before it was incorporated (its source was Andy Bechtolsheim, a German hardware designer who had co-founded Sun Microsystems and who had received a Fulbright Award to attend Carnegie Mellon University where he received his masters degree in 1976 before attending Stanford as a PhD student in electrical engineering). Google also received money from Jeff Bezos and one of Amazon’s officers — Kavitark Ram Shriram (Indian born) and one of Stanford’s computer science professors, David Ross Cheriton (a Canadian…isn’t this just Village International?) On August 19, 2004 — Eric Schmidt, Larry Page and Sergey Brin took the company public with the initial public offering. Schmidt was to become a billionaire on stock options — it didn’t take Google long to go from a few thousand searches a day to hundreds of millions of searches as personal computers became everyday household items.

Sergey Brin will tell you that he and Larry Page started Google in a rented garage (belonging to Susan Wojcicki). Susan Wojcicki — (CEO of YouTube) and her two siblings attended Stanford University as undergraduates. The three sisters have unique backgrounds to say the least — (If you don’t think there are shenanigans going on?) Susan’s sister — Anne, is one of the co-founders of 23andMe and Janet, her other sister, is a well-known anthropologist and epidemiologist.

Susan Wojcicki had made her start with Intel (Santa Clara, California) then on to Bain & Co. (learned the art of vulture-ism?) and R.B. Webber before becoming Google’s 1st marketing manager. Working her way up the ladder at Google and while SVP of Advertising and Commerce, she suggested the purchase of a competitor of Google’s Video Service: “YouTube”  the rest is history.

Larry Page married the daughter of Dr. Roy Southworth; an executive at the World Bank and Dr. Cathy McLean: a globetrotting couple. Lucinda is a graduate of the University of Pennsylvania and holds a masters in science from Oxford University. Her field involves combining computer technology with biology to solve problems in the field of genetics.

Larry and Lucinda became the Pages on Necker Island in 2007. Necker Island is not part of any nation; it is wholly owned by Sir Richard Branson. The couple now has two children.

Sergey Brin married Anne Wojcicki. Anne is one of the co-founders of 23andMe.

You want Russian collusion? Look no further than your google glasses. Sergey Brin was also in charge of the secretive Google X company (Google Glass). Much would be revealed with the release of a full-video recording of a particular “all-hands” meeting known inside the company as the TGIF meeting.

The video was sent anonymously to Breitbart news. The video is critical in understanding the racism and domestic threat, posed by Google. It was recorded on the Friday after the November 2016 election of Donald J. Trump. Sergey Brin who describes himself as an immigrant and a refugee (Net worth of over $50Billion) can be heard comparing Trump supporters to fascists and extremists.

Brin offers an interrogative to those present and the company (as a whole) to consider what it can do to ensure a better quality of governance and decision-making:

“you know, let’s face it, most people here are pretty upset and pretty sad for … because of the election,” Brin said “myself, as an immigrant and a refugee, I certainly find this election deeply offensive and I know many of you do, too. And I think it’s a very stressful time and it conflicts with many of our values.”

Ruth Porat, CFO (Alphabet, Inc and Google) and a heavy democrat donor who was considered in 2013 for a cabinet position, stated:

“who any one of us voted for is really not the point, because the values that are held dear at this company transcend politics because we’re going to constantly fight to preserve them.”

Shortly after the start-up of 23andMe, there was an infusion of $3.9million from Google and other investors. 23andMe has done more than its share of venture rounds. The two that should have the most scrutiny happened during the Obama administration where 23andMe raised $50M in 2012 and $115M in 2015.

In 2018, 23andMe partnered with GlaxoSmithKline which cost GlaxoSmithKline a $300M  investment in the company. Can you see where this is going? The new service and the ability to map significant portions of people’s genetic structure could be used in a new holocaust.

If you think that is not possible in America, please be reminded that 60,000,000 babies have been aborted in the womb with hardly a peep. Genetic discrimination could lead to wholesale extermination or at the least, sterilization. 23andMe collects personal information; do a Google search on personal information. 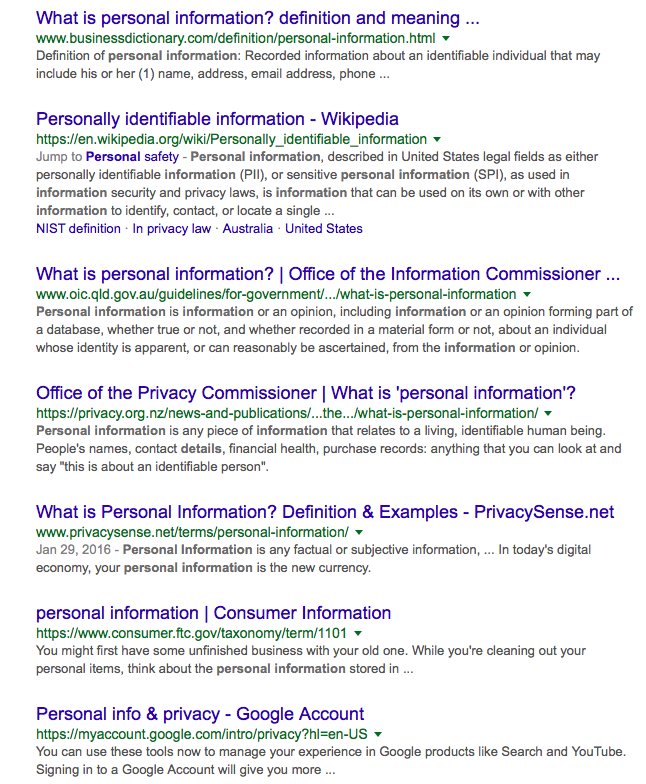 Not only genetic information of their customers, but 23andMe uses cookies and through its smart phone app, captures much of your online behavior and or personality. This is a threat to people because this information is valuable, not only to law enforcement, but to big Pharma and the ever-present insurance business.

23andMe’s aggregated customer data is employed by researchers in many fields, it is not benign. The devil couldn’t sell the apple to Eve, until he told her that she would be like God if she ate it.

23andMe is also partnered with Lundbeck, a Danish pharmaceutical company which focuses on the treatment of disorders in the central nervous system (23andMe will be the vehicle to check genetic mutation from generation to generation) and Milken Institute which is focused on psychiatric disorders and major depression.

Depression is what Sergey Brin’s mistress now has – it was so depressing it broke up his marriage to his wife, Anne. Amanda Rosenberg was born in Hong Kong at the time it was a British protectorate so she is a British subject. Not only was Brin’s marriage broken-up, but his business relationship with Page also suffered. It seemed that this was a torpedo sent into Silicon Valley — Rosenberg in her bi-polar depression is known to refer to herself as a Chew; a chinese jew (and she has been known to reference that as the “master race”).

After Breitbart’s release of the video, the president of Media Research Center – Brent Bozell, appeared on Fox News and slammed the comments: “this video is the smoking gun, Google’s leadership is decidedly anti-Trump and there’s no doubt that their practices reflect that. We need hearings now, Google cannot continue to run and hide.”

Fox’s Tucker Carlson highlighted Google officers detailing various ways the company had worked to increase voter turnout. But truly, Brent Bozell is directing us just to focus on the anti-Trump aspect of this – he is the nephew of William F. Buckley Jr. (a CIA agent, and a member of Skull & Bones who founded the National Review in 1955). In other words, since his appearance on the scene, Brent Bozell has never gone away and continues to influence public thinking.

The real problem is not that Google’s leadership is decidedly anti-Trump! The real problem is that Google and all the tech tentacles mentioned here are decidedly anti-GOD; and they expect everyone else to adhere to their values. These people are seeking ways to merge genes and extend life, to create what they believe is the perfect human (or cyborg)  because… God was just NOT up to the task. And of course, because we fell from grace in the Garden of Eden when the demon gave Eve the apple, we all have this thing called mortality. They are looking for ways to exceed the number of days that the Lord God Almighty has set for us.

Any technoloy or product they develop will be for sale as the highest order of consumer consumption.

9 thoughts on “Playing God? Eugenics With A Twist Of Tech”