“Every Normal Man Must Be Tempted, At Times, To Spit On His Hands, Hoist The Black Flag, And Begin Slitting Throats” ~ H.L. Mencken

Recently Townhall had an opinion (TOWNHALL.com) titled Brexit: Americans Must Be Concerned Too —  and the author Jeff Webb, in his last paragraph says: “The time of reckoning for the U.K. is at hand. The citizens of one of the world’s greatest democracies have spoken. It is time for their elected representatives in Parliament to stop stalling and comply with their wishes.”

Winston Churchill was known to say that no other country had spread democracy across the world like Great Britain. Most assuredly, spreading democracy across the world is how they got the name: The Bloody British. The fact is — it is not the people of Britain who are bloody, it is the elites of Britain and the convoluted machinations which enslaved the people of Britain and enslaved the rest of the world, through its monetary system that permeates every country on the face of the earth.

Isn’t it odd that out of the Thunderbird Theresa May, rises the Phoenix — Boris Johnson. Boris Johnson is designed to out-Trump Trump in his boldness and leadership. The  everyday British man and woman view the European Union with dissatisfaction as they watch what membership has done to their nation.

So… Jeff Webb is focused on Brexit but the fact of the matter is — the migration which the E.U. has put Europe through, has a mirror image here in the United States, (which would suggest that ultimately, the U.N. and the E.U. are working for the elites as are whole sections of our government). America’s bureaucracies seem to be lined up with this. All these agendas have friends in Congress who have written laws which have taken a knife to the belly of America. Our nation has been opened up for unbridled immigration (which will only serve the elites who seek to batter down America).

Anything that happens in Britain will be run from behind the scenes as if the Wizard of Oz, has his hands on the controls.

Pity the British commoner — they have been made common for a reason. This is what made America different. We made the British walk the plank at Yorktown and they are still pissed off about it. This is why the Clintons who are a product of the elite, used British intelligence which ultimately sparked FISA warrants against President Trump. The British are so into control. Thank GOD there are fingerprints back to Jolly England, so that those who are awake will see that these people are still making trouble for us. 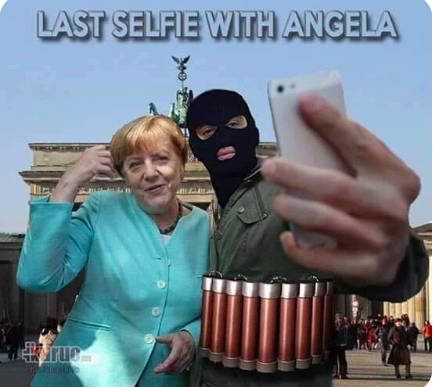 The British commoners really have no idea that Brussels (E.U.) was the installation of a new Royalty over the European continent. Another Holy Roman Empire, except the whole continent is becoming atheist at a time it is being artificially inseminated with radical religious zealots (who are lost in a 7th century dream). A pox be on Europe and its elite, and the same pox on the lawmakers who have worked toward making Americans, “commoners”.

Mr. Webb’s citing of “The special historical relationship between our two countries can be restored and expanded in a truly, mutually, beneficial way. And even more importantly it is essential that free people everywhere support democratic institutions in all countries and demand that they be responsive to the will of the people.”

This is globalism in a nutshell.

We are living at a most dangerous time in our history.  The elites are poised to strike. Mr. Webb’s opinion is propaganda. Webb’s propaganda is telling us to play nice and don’t color outside the lines. America was born in a revolution.

Our revolution was not a bloodbath like the French Revolution (which was an intelligence operation that the British ran from Masonic Lodges in France, taking advantage of the religious dispute between protestants and catholics).

The British have a long and storied history of espionage and covert operations and somewhere in the City of London, the elites are all toasting one another and crying out “hoist the black flag” truly they are, the descendants of pirates.

I learned history at my daddy's knee, he was the oldest boy in a family of 15 kids. His daddy would go around and prize fight my young father - and so, I was instilled with the fight of the Irish and a thirst for knowledge. My mother descended from Quaker and Lenni Lenape. A lot of what she tried to instill in me was lost when I joined the Marine Corps at 17, but between the blood of these two great Americans, I have learned to excel in what I now understand is the essence of Americanism.
Loading Comments...
Comment
×
%d bloggers like this: